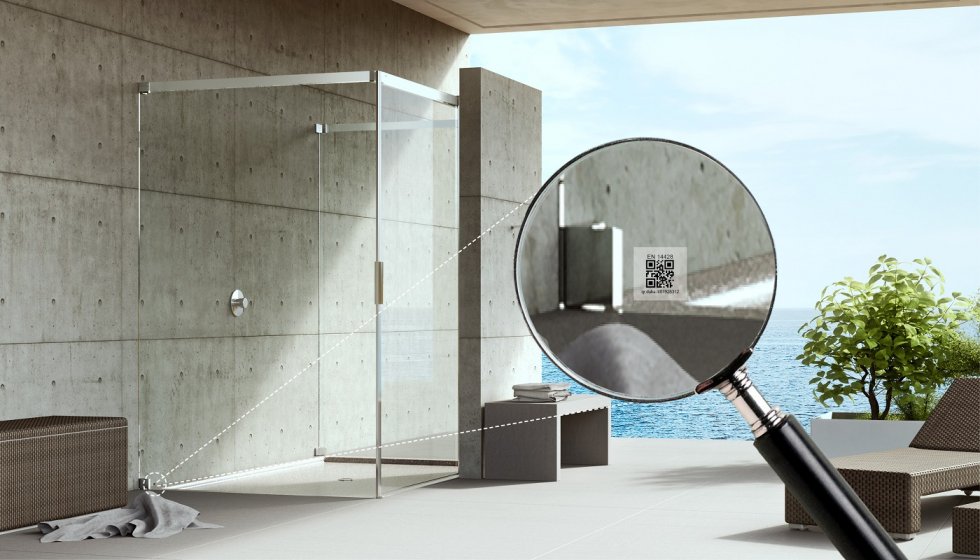 Each Duka shower enclosure is a piece of jewelry for your bathroom and will give you long term joy. However, if you need a spare part or you need our warranty, it is important to be able to identify your shower enclosure properly. Therefor, every Duka product has a QR code on the bottom outer side.

1. You have a smartphone: with a QR code scanner on your smartphone, you can identify it quickly and easily.

For reading out the QR-code, Duka recommends the fallowing scanner apps:

2. You have a camera: you make a good resolution photo of the QR code and give it to the seller of your Duka shower enclosure. He sends it to us and we read the code for you.

3. Use the digit sequence under the cross code: there you will find the 8 digits of the code printed in plain text.

Once we are informed by your seller of the QR code, we have all necessary data and we can answer your question.Alternatively, you can give your seller the ID number of the certificate which is provided with the shower enclosure,  (more on the Duka-warranty card read here). > Duka certificate of warranty

Look for your nearest Duka-partner on the map!

natura 4000 Colour Up Your Life